By JustinNovember 17, 2021No Comments4 Mins Read All 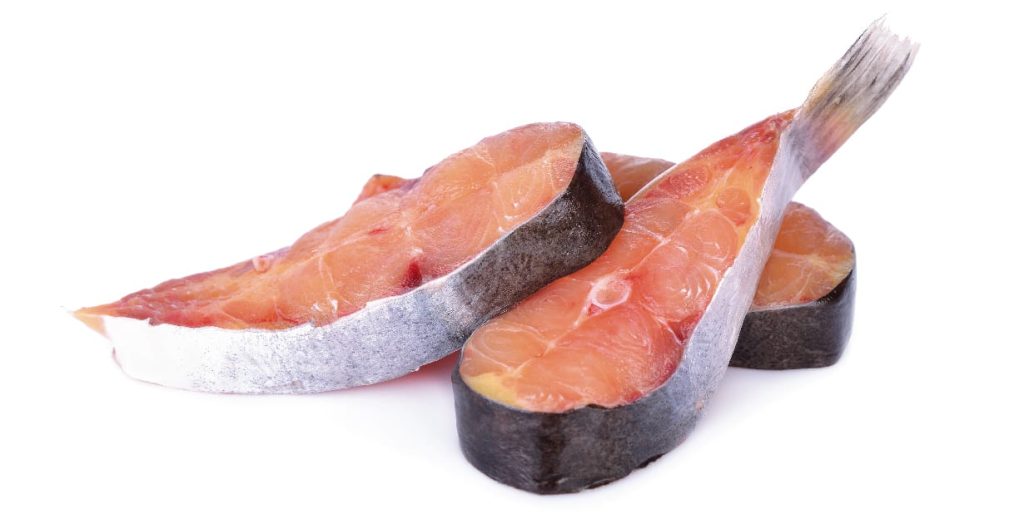 Swai fish is one of the species of catfish in the Pangasiidae family. It is typically imported from the Southeast Asian region and is well known for the swai fish fillet nutrition profile. Depending on the location and market, the swai fish goes by many names, including basa, pangasius, panga, bocourti, tra, striped catfish, or even Vietnamese river cobbler. It is easy to prepare because its fillets are boneless. This fish is inexpensive and mild in flavor.

However, swai fish differ in the nutrition profile from other common fishes, and many people also have significant reservations about their production and sustainability in the factory or farms.

The protein content of swai is almost the same as other common fish, but it gives very little omega-3 fat.

When we compare, we get to know that the same serving of salmon packs 24 grams of protein and 1,200 mg to 2,400 mg of omega-3 fatty acids, while American catfish contains 15 grams of protein and 100 to 250 mg of omega-3 fat in 113 grams. Moreover, the sodium content in swai fish can be high or lower than the stated level. It depends on how much sodium tripolyphosphate is used during processing.

Swai fish is also a great source of selenium, niacin, and vitamin B12. However, amounts can vary based on the serving of the fish. It is known that swai fish do not have healthy diets, and they are fed on bran, rice, canola, and fish byproducts. The soy and canola products are often genetically modified, due to which people have concerns about swai fish meat condition.

Swai fish farms harm the ecosystem, which has been a major concern lately. Swai often gets enlisted under the fish to avoid consuming. It is because some swai fish farms produce waste and illegally dump it into the rivers.

This improper dumping of wastewater is particularly concerning because swai fish farms utilize a lot of chemical agents, including disinfectants, anti-parasitic drugs, and antibiotics, which can severely pollute the water.

Mercury contamination is another concern when it comes to swai fish farming. Due to water pollution, fish meat also gets polluted and gets high in mercury levels. Consuming such fish can be harmful to human health. Recently, research has seen acceptable levels of mercury in swai from Vietnam and other southeastern and southern areas of Asia. However, other research has also shown harmful mercury levels in 50% of the tested samples of swai, which is above the recommended levels.

These conditions imply that there is a high need for better water quality on swai fish farms and a better quality control check of the swai itself before it gets finalized for cooking.

Use of Excessive Antibiotics

Crowded swai fish farms increase the risk of infectious diseases among all of the farm’s fish. In a study of infectious swai fish, 70% to 80% of swai samples were found to be contaminated with vibrio bacteria, which is a microbe commonly found in shellfish food poisoning in people.

To combat this, swai fish is regularly given antibiotics and other drugs. The residue of these medications remains in the fish and also pollutes the nearby waterways.

The major drawback is that even if the swai fish is properly inspected and the antibiotic residues are below the legal limits, the frequent consumption of these drugs can promote resistance of bacteria to them in the fish. Some of these antibiotics are used to treat human infections as well. Thus, if they get overdosed, and bacteria become resistant, it could lead to certain diseases that are not easily curable.

These are some of the concerns of the swai fish fillet nutrition profile that you should know about.

Diets have the most impact on your health, and you should not add or take anything out of your regular diet without consulting professionals. If you already do not have a doctor, you can book an appointment with the best nutritionist in Karachi through Marham.

How to Master Teen Patti: Tips and Tricks From the Pros

Why people like the best real online casino slot?