Empress Ki – Historical Kdrama can be watched online at Xemovie 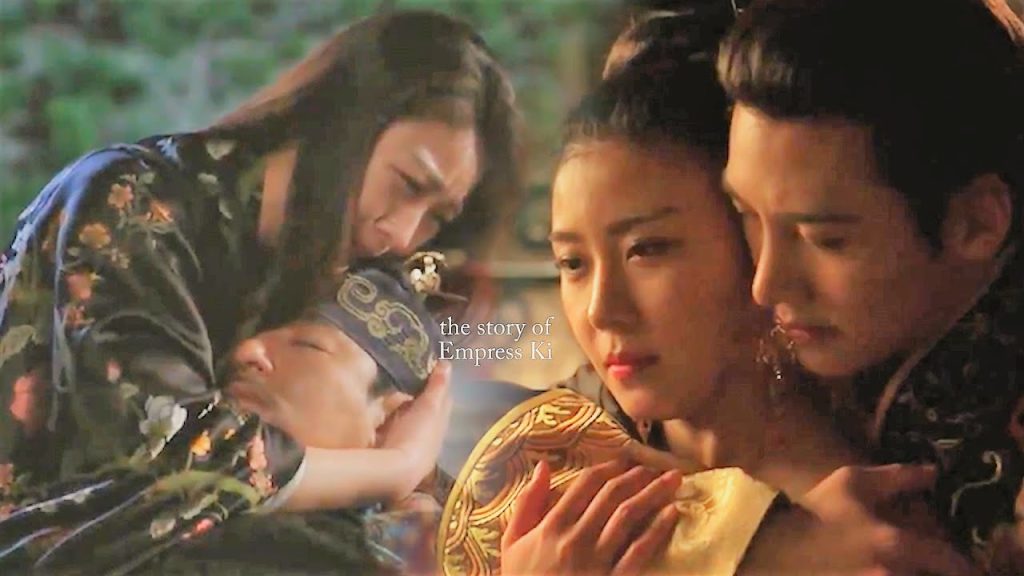 Empress Ki tells the story of Ki Sung Nyang (Ha Ji Won) who rises from nothing to marry Emperor Ta Hwan (Ji Chang Wook) and become Empress of the Yuan Empire. She also gets involved in a love triangle with the Emperor and King Wang Yu of Goryeo (Joo Jin Mo).
Empress Ki has been on my watch list forever! It’s one of those dramas that I had only heard positive reviews for, but clocking in at 51 episodes, I was always hesitant to start it. I mean, I could watch three dramas in that time span! And I love a good sageuk, but they can be hit or miss with me.

I happened to take quite a liking to the Goryeo period not long before starting this drama, and that’s really what gave me the final push to watch it. I must say, there really needs to be more dramas set during the Goryeo period!

Now I really enjoy the costumes from the Joseon period, but I am in love with the Goryeo attire. They’re just more fun to me. There’s such a wide array of colours and styles. I love what royalty wears, what the soldiers wear, and what the common man wears. I also really love that the guys wear their hair down a lot more. I love the long, pretty hair! And the guys and girls both wear more jewellery which is something I really like.

Empress Ki is beautifully filmed and I was drooling all over the gorgeous cinematography as well the constant parade of beautiful costumes worn by practically everyone. 51 episodes in Goryeo really is a nice place to be.

Sung Nyang is about as strong as they come. After a difficult childhood, she has pretended to be a man for most of her life. Her skills are unparalleled and known by many. She is also as loyal as can be, so when she bonds with Wang Yu, she will always be true to him. And because of his request, she does her best to protect the future Emperor of Yuan, Ta Hwan.

Her character goes through so many trials, and she is forced to harden herself as the drama goes on. Ha Ji Won displayed a wonderful acting range going from a more loose, fun Sung Nyang to the absolutely serious Sung Nyang out for revenge for her fallen loved ones.

Emperor Ta Hwan was so much fun! In the beginning, Ta Hwan is a spoiled and cowardly man. He was like a spoiled child who was out of touch with reality. But his fears for his life were genuine. People who were supposed to be protecting him were trying to kill him. He didn’t know who to trust. I got quite a kick out of his character. He was humorous and at the same time, I felt bad for him.

He goes through a slow and painful transformation as he learns to use his power and truly be a ruler. Ji Chang Wook was fabulous at portraying both the humorous and regal sides to this character. It’s thanks to Ji Chang Wook’s performance that Ta Hwan was so likeable despite having so many flaws.

King Wang Yu is a righteous man who always has the best interests of his people. He quickly takes a liking to Sung Nyang, but soon gets caught in the middle of the politics going on in Yuan. By having Sung Nyang be the Emperor’s protector, he unwittingly sets up a future of heartache. His character becomes more pained as the drama continues. Joo Jin Mo brings forth the intensity that a character like this requires.

Empress Ki maintained a wonderful pace throughout the drama. Even though the pacing was always good, it also had several layers of well-done story arcs that ramped up the intensity several times. It was very well structured. It was interesting from start to finish, and I was never bored. That says a lot considering it is 51 episodes.

Empress Ki created a rich world populated with fun and interesting characters. The villains were always entertaining to watch. They were the kind of villains you love to hate. We had humorous and loyal supporting characters. And we had the epic journey of our leading lady on her rise power that was aided by her relationships by the King of Goryeo and the Emperor of Yuan.

You Can Watch Empress Ki online full Episode at XeMovie

I wouldn’t hesitate in recommending Empress Ki. Many people told me not to be scared off by the 51 episodes, and I will pass along that recommendation to you. It truly did fly by, and I was sad to see this rich world come to an end. I really did love every minute of it. Empress Ki really is epic, and as far as sageuks go, it is one of the best. 10/10.

Besides, you can watch thousands of Kdrama at Xemovie.com